It’s been a nice change recently to have been asked to work on a series of internal communications projects for Exemplar Health Care.

In the case of Exemplar, they don’t need us to explain the need for a careful approach to internal communications, but they did need a bit of extra capacity to supplement the existing marketing and HR functions. They had a number of projects planned which we’ve helped implement:

We were really impressed that Exemplar had taken the decision to create an intranet in app form, that staff can access via their phones or desktop. We helped create content for the app, in particular creating short ‘friendly’ versions for a large number of HR policies and procedures.

2. Editing of staff guides and toolkits

Though the HR team were full of ideas and had a clear picture of the messages they wanted to get across, they needed support in distilling down those messages and shaping the content of materials they wanted to produce. We edited and wrote new content for a new retention toolkit as well as a guide for new starters called ‘My Exemplar’.

With over 2,500 employees, their first ever full staff survey was a big undertaking. We edited their survey questions, providing guidance on best practices, and built their survey in SurveyMonkey. We also created a series of communications to staff to encourage completions and supported the process along the way. Following the full staff survey we also built further smaller surveys in SurveyMonkey, which the team were then able to replicate and reissue themselves.

It’s been really enjoyable working with Exemplar on these projects. If you have similar internal communications projects you’d like to talk to us about then please do get in touch. 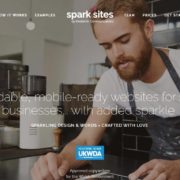 Together we can make sparks fly